Runway to Retail: The Influence of the Catwalk 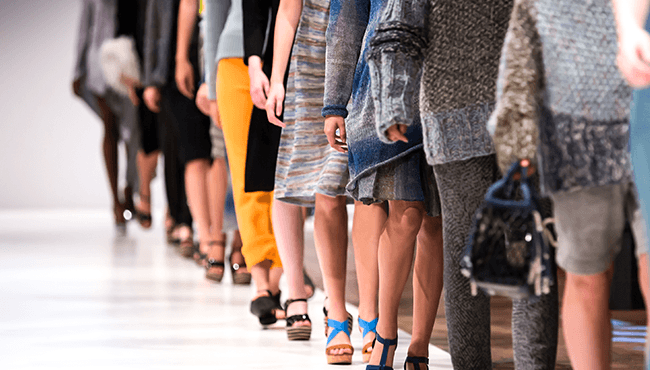 London Fashion Week – the six-day clothing trade show that takes place twice a year – allows designers both emerging and established to exhibit their collections to buyers, bloggers, journalists and celebrities. It is a source of inspiration for many and cements the city’s status as a top fashion capital. With the event fast approaching, we’re posing the question: where would the High Street be without premium fashion?

In its 34th year, London Fashion Week September 2018 “will showcase the best of British design, with catwalk shows, presentations, the Designer Showrooms, and events organised throughout the week.” The spectacular clothes featured on the runway often seem impractical and unwearable, but more often than not those trends trickle their way onto the High Street.

The “trickle-down” theory, which was devised by Thorstein Veblen (an American economist and sociologist) in 1898 suggests that traditionally, clothes and styles adopted by the richest in society eventually trickle down and influence the rest of the population. The process might not be as prominent now but designers still dictate to some degree.

“Although you may not wear the exact look that you see coming down the runway on a model, you will pick up little things. There’s always something reflected in the High Street that comes through from London Fashion Week,” says fashion journalist Hilary Alexander. 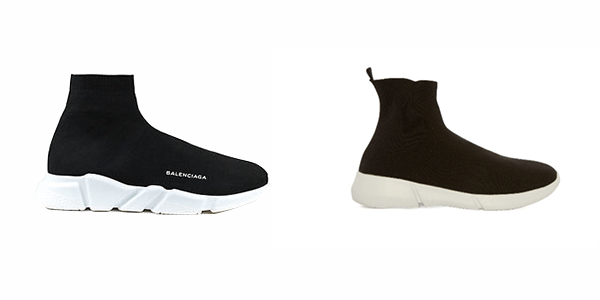 Collections that were once viewed by a chosen few now appear online instantaneously meaning the High Street can create copies/duplicates (dupes) quicker than ever. Balenciaga is well known for its experimental fashion, with many likening their £1.6k tote to an IKEA shopping bag. Last year, Primark came under fire for selling black sock boot trainers that were almost identical to a pair designed by Balenciaga. Dubbed as “Primarkiaga”, the dupes were £421 cheaper. 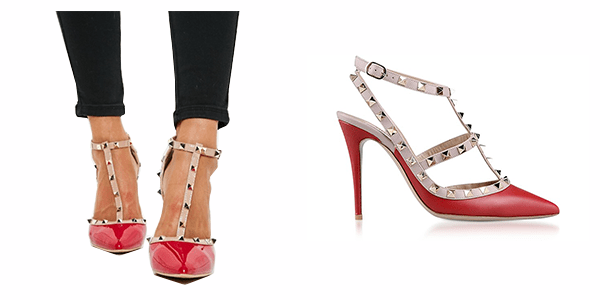 Valentino, is that you? Earlier in the year Missguided, “the bold, straight talking and forward-thinking fashion brand,” unveiled a pair of £25 heels that were an almost identical replica to the £650 Valentino Rockstuds. With the distinctive studs and same strap detail, the high street pair could be mistaken for the real deal. 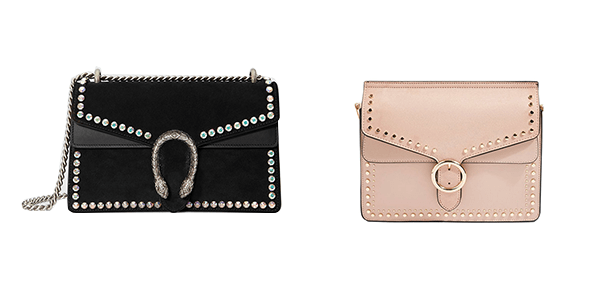 Gucci is an Italian luxury brand most well known for its fashion and leather goods. Following its successful revamp since appointing a new creative director in 2015 the High Street has been littered with Gucci dupes. At the beginning of 2018, Topshop released a bag that bore a striking similarity to the latest incarnation of Gucci’s coveted £3,000 Dionysus bag. The imitation, at £32, allowed for runway fashion at retail prices.

There is no doubt that the High Street is influenced by runway fashion, it is forward-thinking in its seasonal approach, but where would the High Street be without premium fashion? It was Diane von Furstenberg that said: “style is something each of us already has, all we need to do is find it.” Fashion will thrive from whatever inspires it and that may or may not be the quirky, progressive trends that we see on the runway.