Essex County Fire and Rescue Service approached Capsule to develop a multi-channel campaign with accompanying microsite to support the recruitment of wholetime firefighters across Essex. 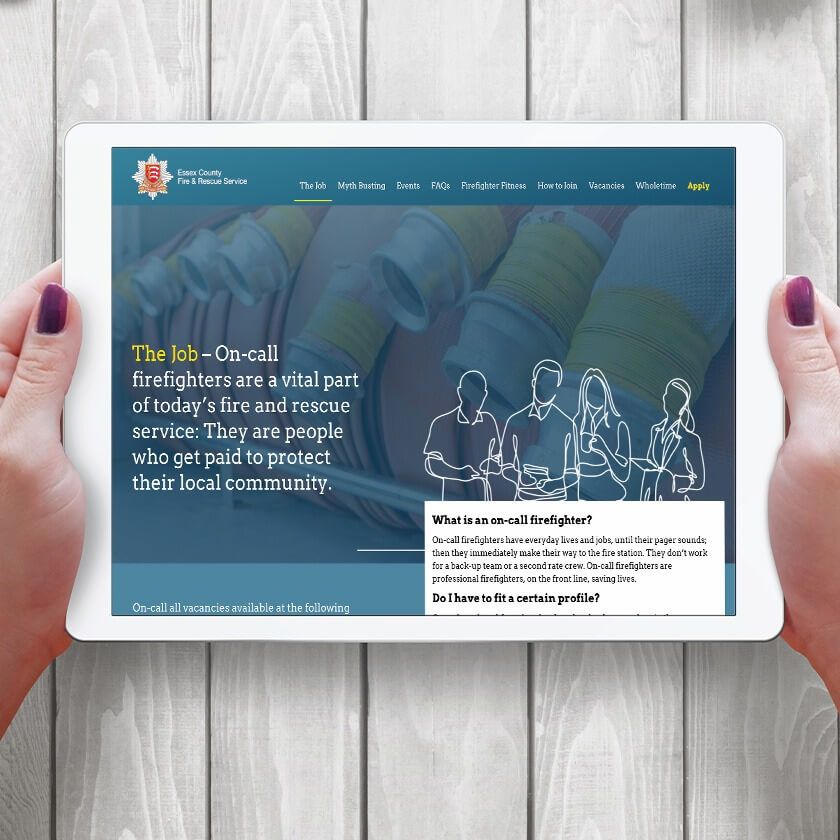 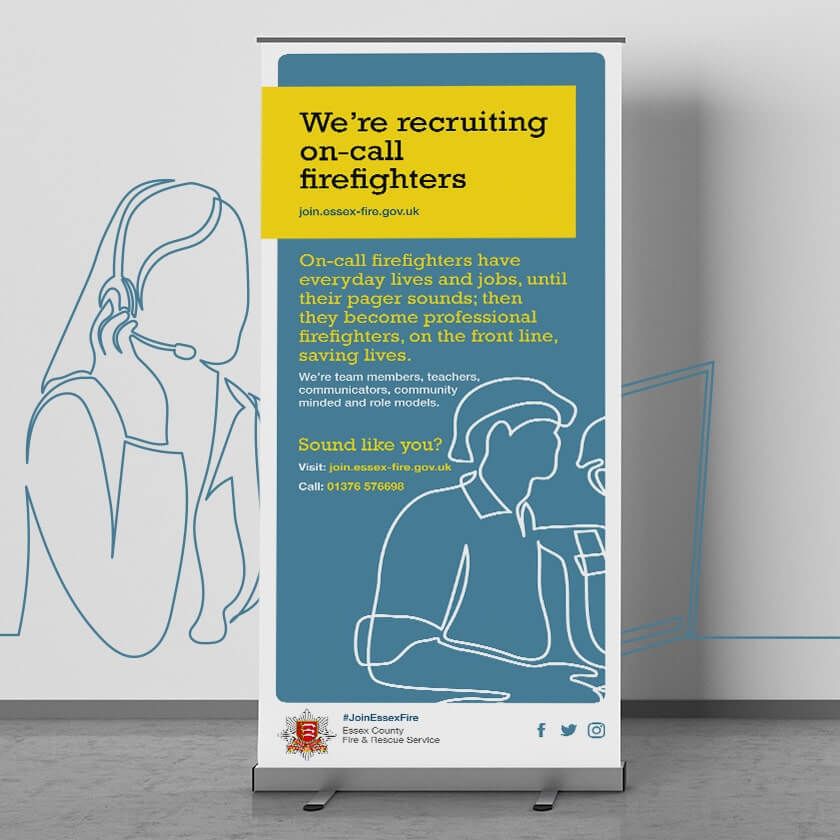 With this being the first wholetime recruitment campaign for ECFRS in almost 9 years, the campaign needed to be creatively driven in order to resonate with all members of the community and encourage forward communication of the campaign through viral channels.

Our goal was to create a digital campaign and microsite together with the team at ECFRS that promoted the recruitment of firefighters reflecting the diversity and supporting messages of change and inclusivity with engaging content and compelling design.

The primary objective was to develop a campaign that displayed teamwork, community, career progressions and inclusivity, building awareness around the role of being a modern wholetime firefighter.

The campaign messages and creative thread were multifaceted. On the surface: a recruitment message that appeals to all demographic groups, whilst resonating particularly with core target groups.

Both offline and online the key messages included the dispelling of myths around demographics and changing the perceptions of the evolving and multifaceted job function of a firefighter amongst the community in which they work.

We built a bespoke, engaging and interactive microsite that funnelled visitors towards the application process by delivering compelling messages and “mythbusters” together with the benefits of joining Essex Fire Service.

The microsite and digital campaigns launched two weeks prior to the applications opening, to begin driving awareness of the vacancies. During that period more than 6,300 users visited the site and registered their interest.

When applications opened at 6.30am on February 19, the cap of 1,200 applicants was reached within just two hours and the portal was closed.

In the final group of successful applicants, which includes the wholetime squad who are training now and future squads who will start throughout 2018 and early 2019, 10% are female. This is an increase of 6% across the current wholetime firefighters.

Off the back of the success of this campaign, we have been commissioned to work on a number of other ECFRS recruitment campaigns including on-call firefighters.

“Capsule was instrumental in helping us deliver a timely and innovative recruitment campaign. We were particularly impressed when we had to unexpectedly change the design of the campaign – Capsule’s flexible approach meant they understood our needs; quickly suggesting an alternative solution that met our requirements. Capsule’s personalised service meant the team were always on hand to support us – we were very pleased with the outcome of the campaign, which could not have been achieved without them.”