All You Need To Know About The Four Colour Profiles 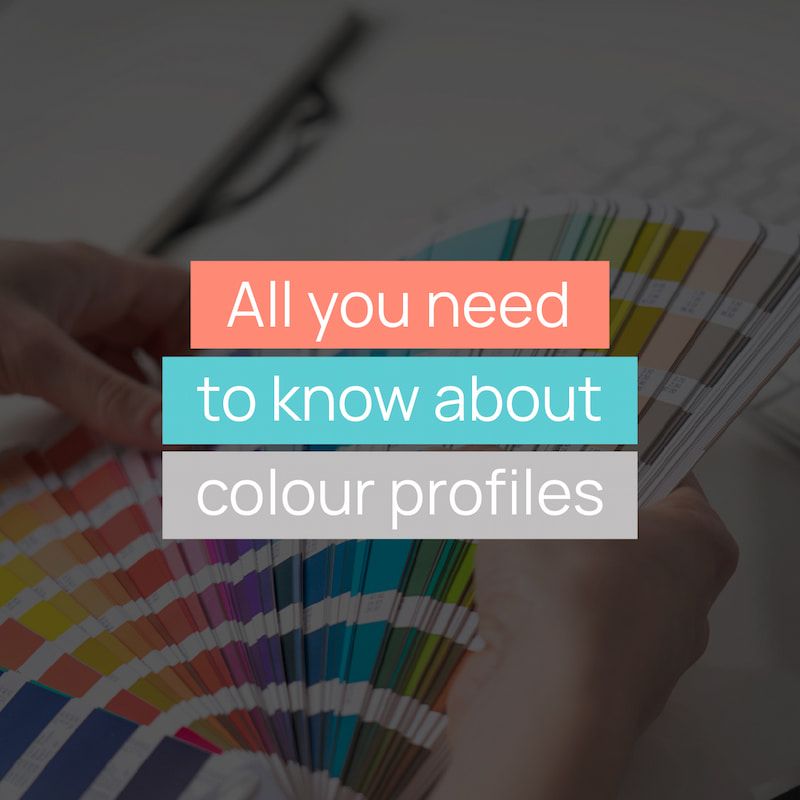 RGB is known as an ‘additive’ colour profile, because you add the primary colours of light together to create new colours:

The key thing to remember about RGB colours is that they can only be used by devices that generate light. Printed materials don’t generate light, they can only reflect the light that hits them. Therefore, they need to use a different colour profile based on reflecting light instead of producing it – This is how CMYK works, which you can read more on below.

Hex stands for Hexadecimal and is basically a short code to represent an RGB value. It is made up of a # followed by a combination of six numbers and letters. The first two numbers represent red, the middle two represent green, and the last two represent blue.

For example:
Black is #000000, White is #FFFFFF and Grey is any #XXXXXX where all the numbers/letters are the same. Bright red would be #FF0000, bright green would be #00FF00 and bright blue would be #0000FF. So you’ll notice it works in a very similar way to RGB values.

Hex values are most commonly used in websites, as this is how they are written in code and they are recognised across all browsers.

CMYK (also called four colour process) is the most common colour profile for print use, and stands for ‘Cyan, Magenta, Yellow, Key’. It is a method where tiny translucent dots of four ink colours (cyan, magenta, yellow and black) combine to create an image. Each ink colour is printed on a separate plate and built up in layers to create the final print. You may be wondering why black isn’t just called black and is instead referred to as ‘Key’. The Key plate, in traditional colour separations, is the plate that holds the detail in the image. In CMYK this is usually done with black ink, hence it is easiest to think of it as black.

CMYK is known as a ‘subtractive’ colour profile because each ink removes a primary colour of light from any white light that hits it:

So if we think of this backwards, via subtraction, it explains how the print process works:

The easiest way to tell if a print has been produced with CMYK inks is to look at it through a magnifying glass. If it’s a CMYK print you will be able to see all of the tiny individual dots making up the image.

PMS stands for Pantone® Matching System and these are often just referred to as Pantone® colours. They are solid colour inks made by the Pantone company. Pantone has been around for 60 years and introduced a standardised system of creating and matching colours in the graphic design and print world. Pantone® colours are sold to printers either premixed or as a formula for printers to mix on their premises.

Unlike CMYK prints, PMS prints result in a solid colour, so you wouldn’t be able to see all of the tiny dots if you looked through a magnifying glass. This is a very clean, exact way to print, but is therefore also more expensive. As all of the inks are pre-mixed, the more colours you introduce, the more expensive it gets. So this method of printing is most commonly used on prints with less variation in colour. For example, a business card print with a purple and turquoise logo and purple text, as this would only be a two colour job.

We hope this helps to explain the different colour profiles and how they all work. If you have a design job that you need help with (whether for print or digital!) get in touch at hello@capsulemarketing.co.uk. 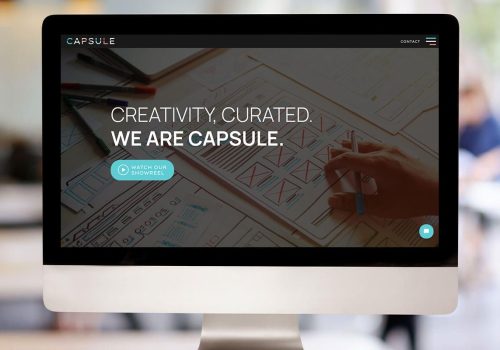 5 Things to Consider Before Rebranding 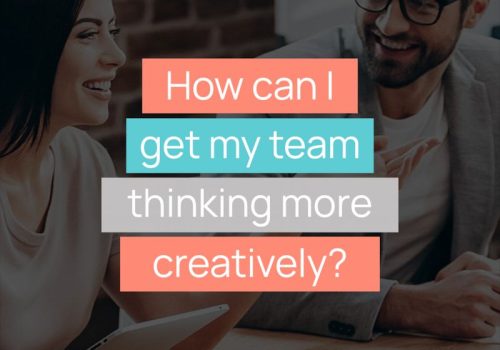 How Can I Get My Team Thinking... 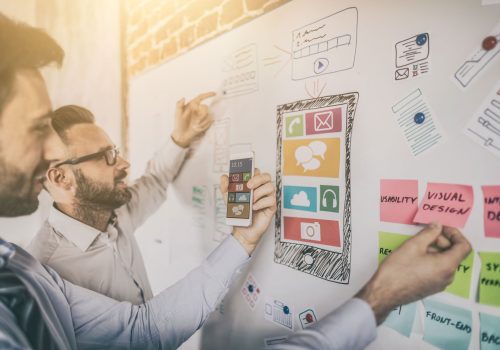 The Capsule Guide To Brand Positioning